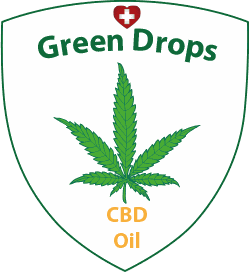 What is CBD (cannabidiol)

The hemp plant contains about 115 cannabinoids and over 400 other active ingredients. The main cannabinoids are the intoxicating tetrahydrocannabinol (THC) and the non- intoxicating cannabidiol (CBD). CBD, unlike THC, is not psychoactive, i.e. it does not cause psychological effects. In Switzerland, cannabis products containing less than 1% THC are legal. Anyone who is at least 18 years old can buy CBD oils, teas, powders, pastes or joints in Switzerland. 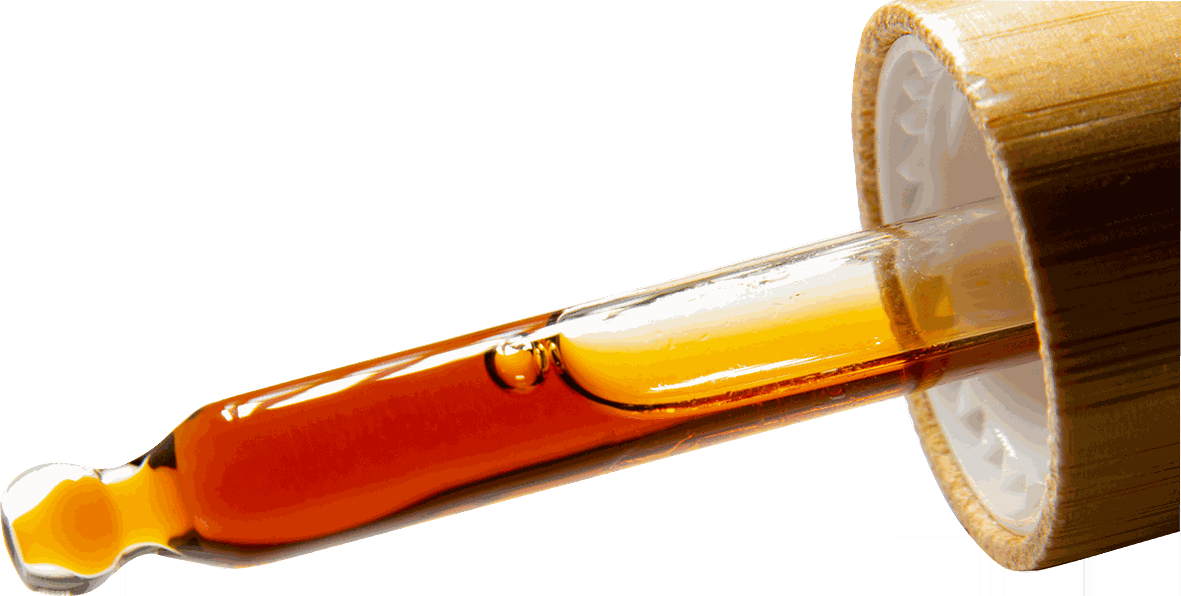 Depending on the variety, cannabis plants contain differently composed active profiles - the cannabinoids. The two best known are THC and CBD. Cannabinoids are chemical compounds that activate the cannabinoid receptors in our body.

Cannabinoids are produced naturally in the body and are important for homeostasis. Their absence from the body significantly affects our health and mood. Researchers have shown how important CBD is for maintaining normal body functions.

The top five cannabinoids are: 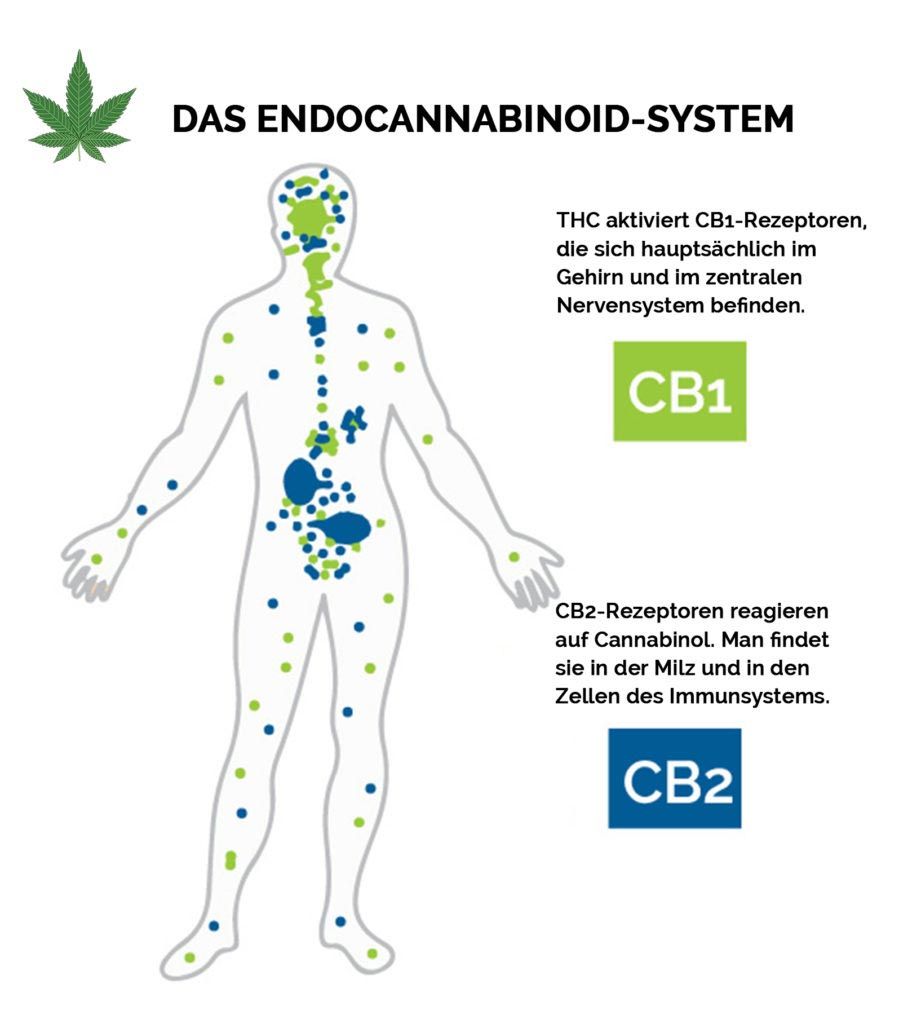 Everyone has an endocannabinoid system (ECS), so everyone could benefit from the advantages that cannabinoids like CBDs can provide. But not only the human organism has such a system. It is also common in the animal world that there is actually no vertebrate animal without the ECS. Therefore CBD can also have a positive effect on pets! The ECS plays an important role in many different processes in the body (e.g. appetite, stress). The ECS works with the body's own cannabinoids, but also with exogenous substances such as CBD, THC etc. CBD docks on to ECS receptors and inhibits certain enzymes there or causes certain modes of action. What makes CBD so interesting for professional medical use is that the body has the appropriate receptors to which the cannabinoids can dock. This makes CBD one of the food supplements for which users report particularly rapid effects.

Omega-3 and omega-6 fatty acids are very important for the body, provided they are in the right ratio. This is the case in CBD oil. The ratio is 1:3. 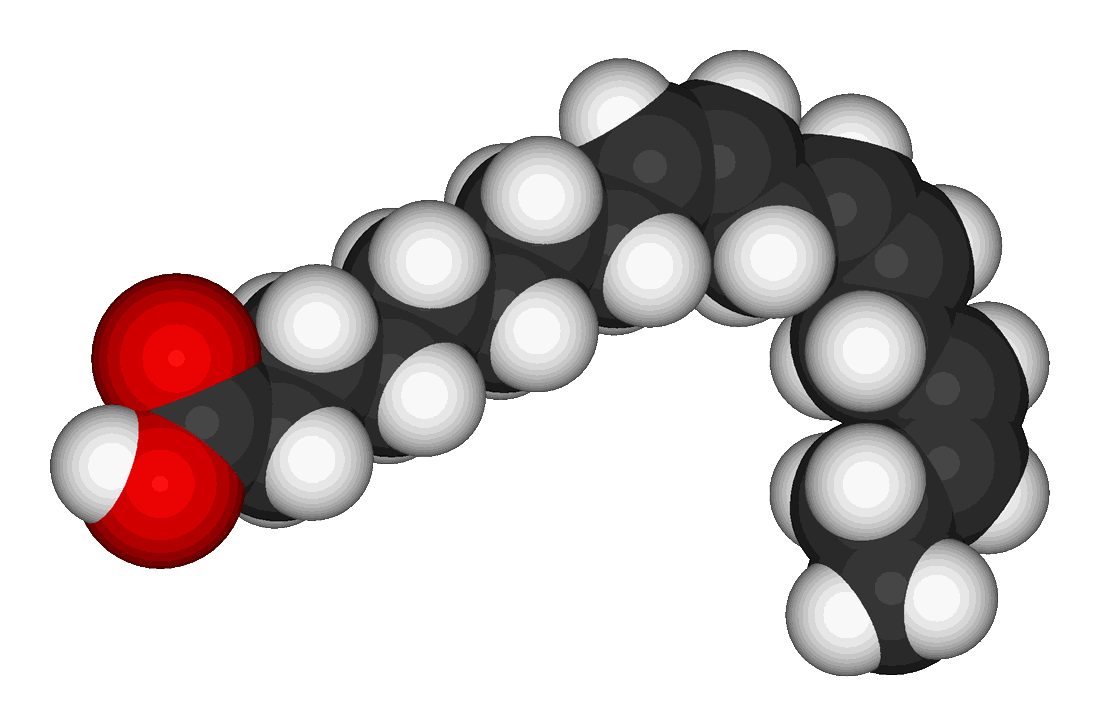 The anti-inflammatory gamma-linolenic acid is also contained in CBD oil.

Cannabidiol oil contains a variety of vitamins. In large quantities it contains above all vitamin E.

Besides vitamin E, vitamins B1 and B2 are also found in CBD oil. 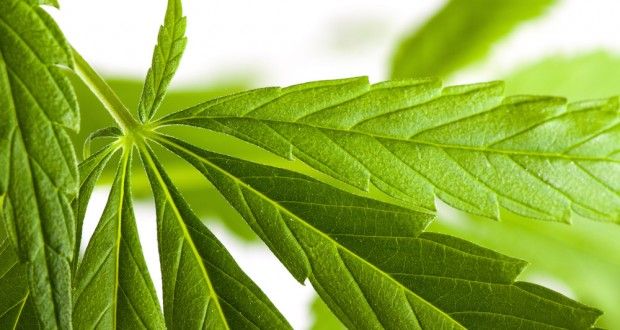 Cannabidiol oil gets its golden yellow shimmer from the carotenoids. These also protect against premature aging, strengthen the cell membranes and also support the immune system. Beta carotene in particular is known to have a protective effect on the cardiovascular system. It prevents the narrowing of arteries and also has a positive influence on cholesterol levels.

CBD oil also contains chlorophyll, which gives the oil its green colour. Chlorophyll is very important for the body because, similar to haemoglobin, it has an influence on optimal cell respiration. If the cells can breathe properly, they can also be cleansed and detoxified. This improves the supply of fresh oxygen and thus has a positive effect on the immune system.

History and origin of the hemp plant

It cannot be denied that cannabis plants have many conspicuous features in their appearance alone. Such a conspicuous plant does not remain unexplored for long, let alone unknown. From this point of view alone, it is easy to explain why the discovery and use of hemp is very early in the history of mankind. Probably already more than 10,000 years B.C. cultivated and cultivated. Its roots reach back to ancient China. There the plant played a significant role in agriculture and use for other purposes. If at first only the seeds were used as food for animals and humans, people soon discovered that stems and fibres were also suitable for other purposes.

Within a short period of time, countless possibilities for using cannabis arose, e.g. to produce textiles and paper. Possibly long before Christ, but certainly in the second or third century AD, Chinese physicians used cannabis as an analgesic.

In ancient Egypt as well as in ancient Greece, hemp textiles were already used. In Ancient Rome people already knew that the consumption of cannabis brought "cheerfulness" and used it in medicine, again for pain relief. Through the church it came to first criticisms. It accused those who used cannabis of being in league with the devil. So the plant first disappeared from public view until Charlemagne helped it to new fame. From then on, the cultivation of cannabis was considered normal in Europe. Christopher Columbus also brought the stimulant to America, where it accompanied many eras. The stimulant eased the slaves' poor living conditions under their masters, for example, and was primarily assigned to African Americans, similar to jazz. In fact, jazz and cannabis belonged together.

In 1916, however, the campaign against cannabis begins in America. The leader of the hunt is a man named Harry Anslinger, who is appointed head of the State Narcotics and Drug Administration. The reason for the appointment to this office and for the anti-cannabis campaign in general is the realization that cannabis is a better alternative for paper production than wood, which seems to be a disadvantage for people who work in this field. It soon becomes clear that this affects not only the wood industry, but also the textile industry and many other economic sectors. One group of entrepreneurs agrees: A cannabis ban offers the opportunity to make more profit. They spread rumours, call for a boycott and badmouth the products.

Although the American Declaration of Independence was written on hemp paper and one of the most famous American presidents, George Washington, grew cannabis himself, the demonization of cannabis came from America. The reasons given are often very doubtful, false or irrelevant. Nevertheless, this movement succeeded in convincing many other people of the danger that is allegedly hidden behind cannabis. 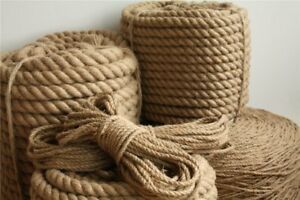 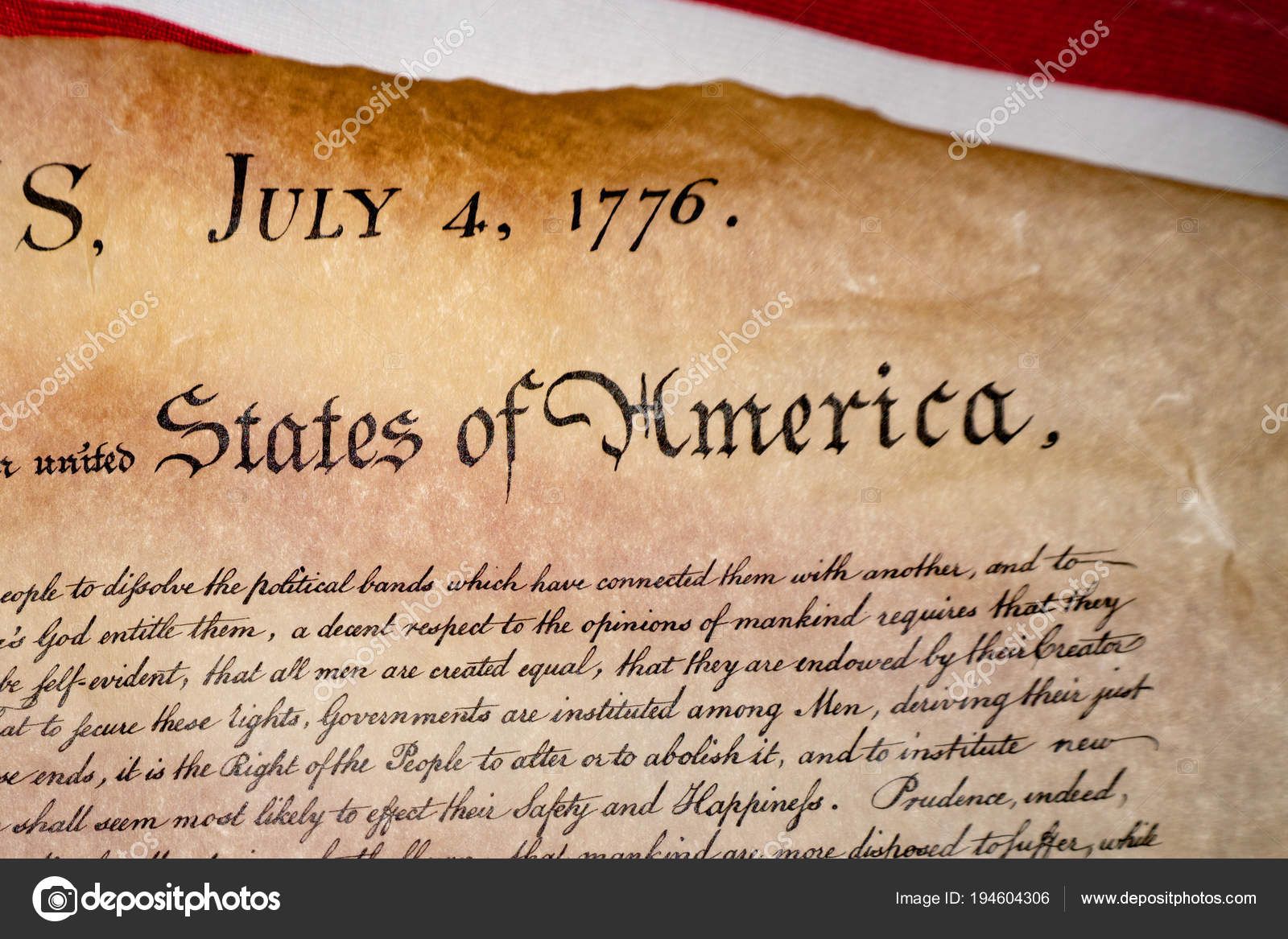 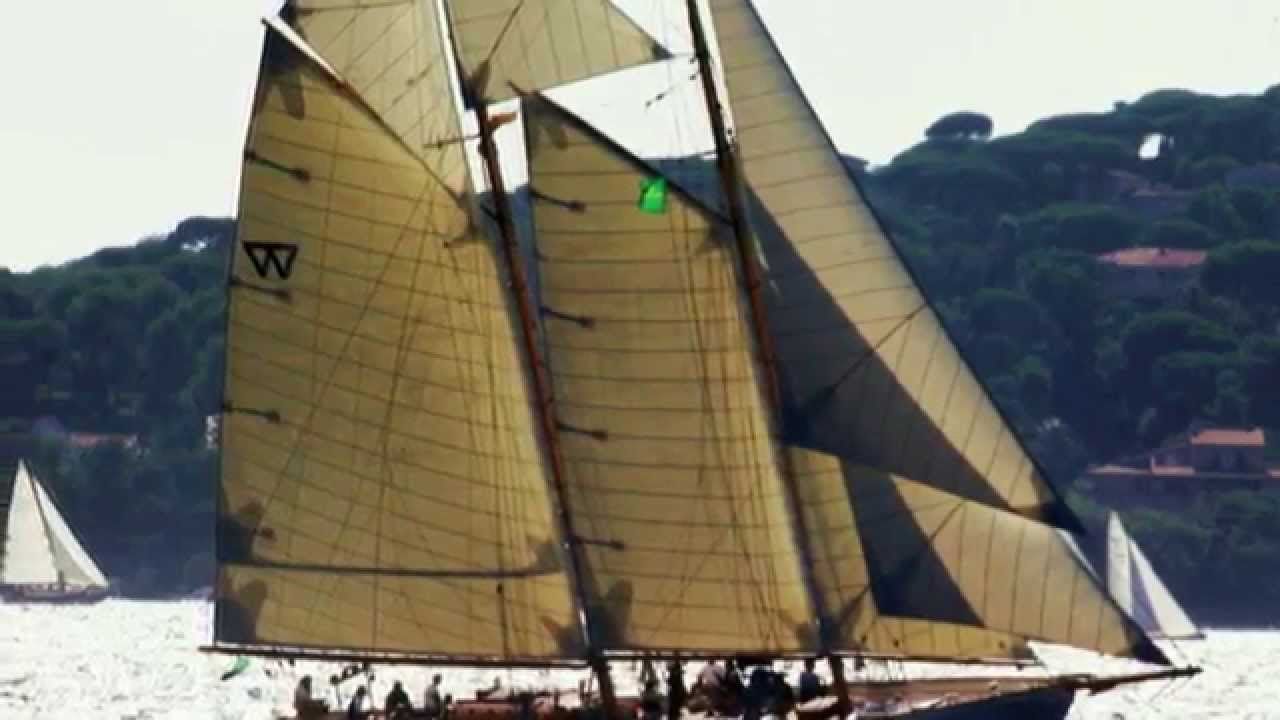 
In most places, cannabis is considered an illegal drug, just like heroin or crystal meth, although the plant has a tradition in our history just like alcohol, and it has countless benefits. Today, it is mostly conservatives and again economists, such as pharmaceutical companies, who oppose legalization. Legalisation would pose a serious threat to the sale of their products such as sleeping pills and antidepressants, because the medical uses of cannabis are many and varied. Only in a few countries is the use of cannabis currently legal. Due to the legalisation of cannabis in Uruguay and the increased legalisation in some states of the USA, the topic of cannabis legalisation is becoming more interesting every day in Switzerland as well. In Switzerland, cannabis products containing less than 1% THC are already legal. The minimum age for purchasing CBD goods in Switzerland is 18 years.